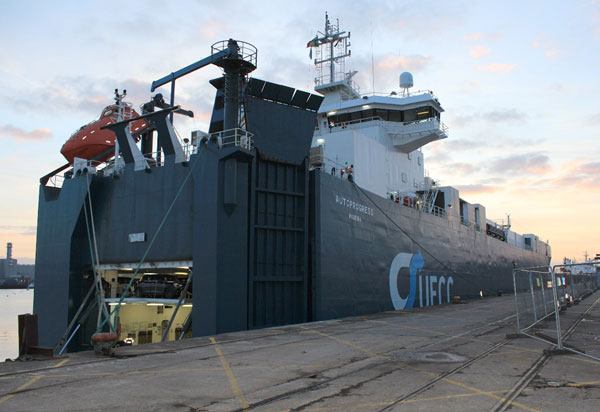 UECC operate a fleet of 18 pure car and truck carriers (PCTC) that are designed to meet the requirements for providing short sea transportation services for cars and other rolling cargo on the European continent. Five of the existing vessels are equipped with TRINO, an on-line condition monitoring system from REGULATEURS EUROPA.

The system continuously monitors the vessel’s propulsion gearboxes, alternators and main engine turbochargers for early indications of wear and/or unexpected problems. The TRINO system automatically records and communicates any vibration initiated alarms to the chief engineer as well as broadcasts the data via cloud, to REGULATEURS EUROPA’s servers for trending, analysis and reports conducted by our team of CAT2 certified vibration analysts. 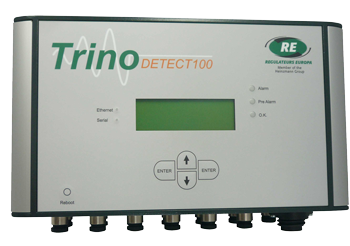 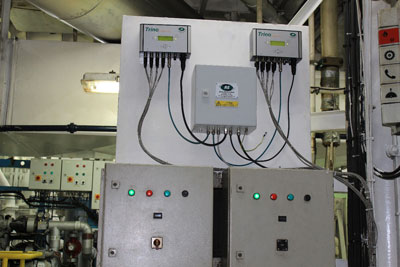 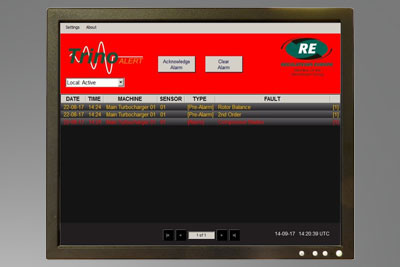 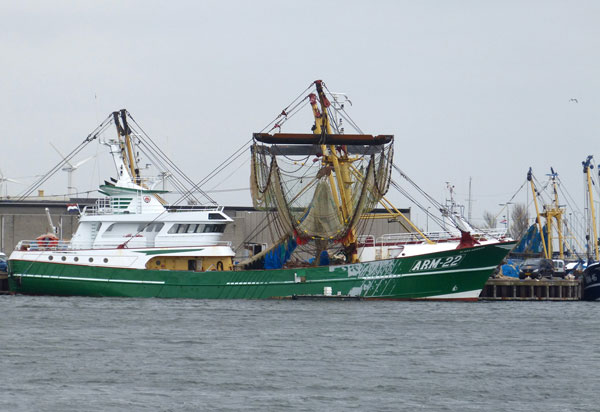 The seagoing vessel ARM22 Klaas Adriana is driven by a Caterpillar 3606 DI-TA engine. This engine is controlled by the 1100 series hydraulic governor from REGULATEURS EUROPA. The governor replaces the previously installed Woodward 3161 governor, which gave rise to increased maintenance costs and dysfunctions.

The 1115 L is widely used in the marine sector and features an electric stepper motor as an actuator. The HEINZMANN stepper motor drive board differs from our competitor's equipment in that allows analogue or digital speed setting. The governor provides accurate speed control and responds rapidly to load or speed changes. Minimum and maximum speeds as well as the speed ramp rates can be programmed and adjusted easily on the stepper motor drive board.

The adjustable electric start fuel limiter prevents the engine from emitting excessive smoke when starting. A complete kit, which contains all necessary mounting materials and levers, is available to carry out the retrofit in as short as possible "down time" for the vessel. 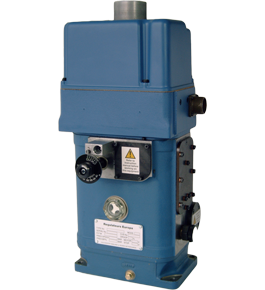 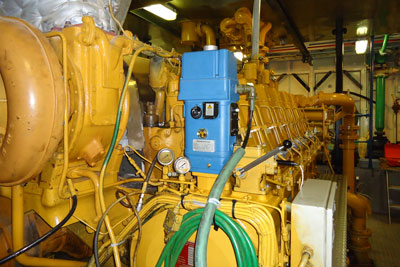 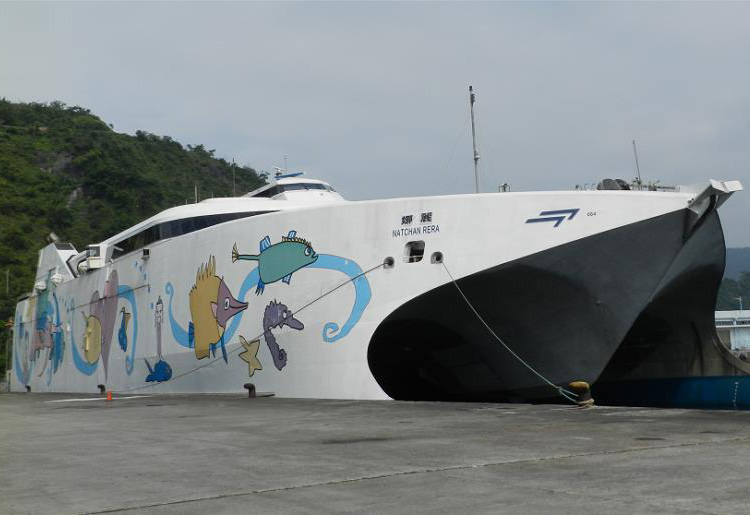 Three Incat-built catamaran fast ferries operating in Japan, Taiwan and Denmark have been successfully upgraded to use the latest Viking35 and MVC products from REGULATEURS EUROPA and HEINZMANN for control of their four 20V28/33D (RK280) main propulsion engines.

As the upgrade minimised changes to the physical system and its functionality, the crew could continue to operate and maintain the system with very little additional training. Additionally, most spare parts already held by the operators could continue to be used. 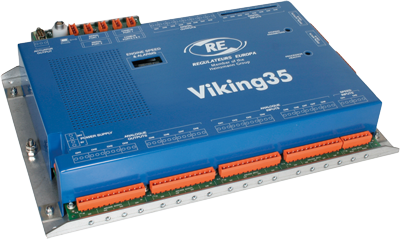 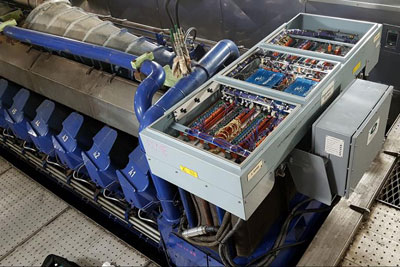 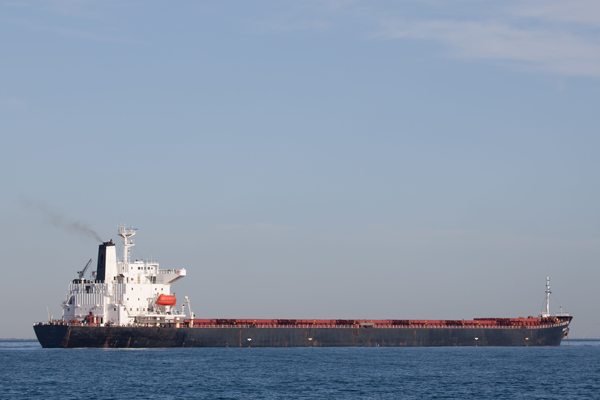 Regulateurs Europa Ltd in Colchester UK continue to build and deliver system upgrades to their Viking series of digital engine control panels. Our customers value the continuity and high level of support available from the team of experienced applications, software, and commissioning engineers at their factory in Colchester, UK.

Below is just one of the many more recent Viking35 upgraded engine control panels to ship offering the owner the transition from Viking22 to Viking35. As one might expect it retains the much-liked engine control and protections philosophy that the product has provided now in its various forms for many years. The unit below is for a Ruston RK270 and represents a straightforward and cost-effective upgrade with the current Viking controller installing in the same space and on the same mounting locations as the old panel.

Upgrades are available for all previous versions of the Viking range. Viking22 and Viking25 from the Colchester factory 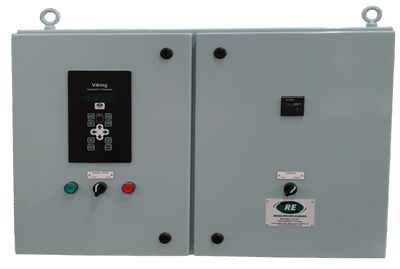 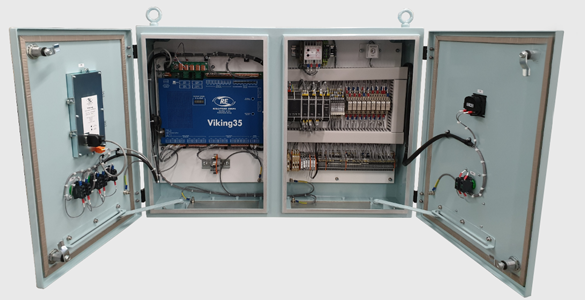 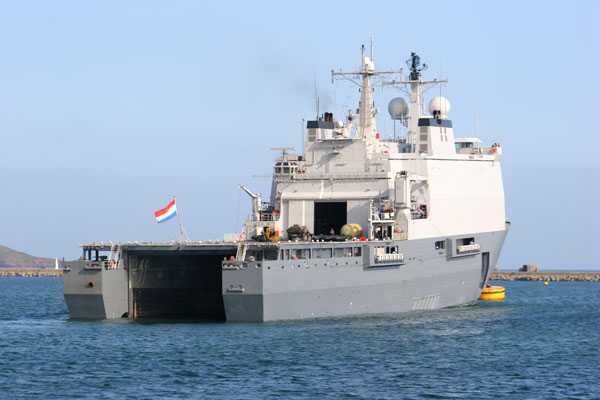 Upgrade on the Speed- and Loadsharing controls

REGULATEURS EUROPA BV did a midlife upgrade on the Speed- and Loadsharing controls on board a Landing Platform Dock of the Dutch Navy. The new XIOS controls have been installed in the existing cabinets to replace the obsolete Viking V25 governors.

Switch gear have been re-located to make space for the touch screens, which were programmed and configured in cooperation with Holand Marine Electric BV.
On the touch screen the individual governor data such as speed, set speed, engine load, kWatt load and circuit breaker status are shown. On the second page an overview of the entire electrical system is displayed. On each screen the breaker status, bus tie status, kWatt load per engine, isochronous or droop mode and master/ slave indication are displayed. 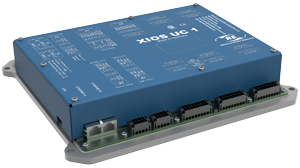 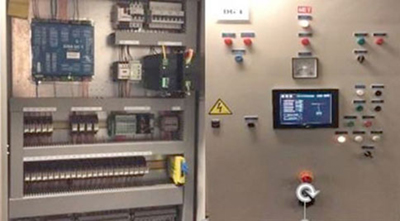 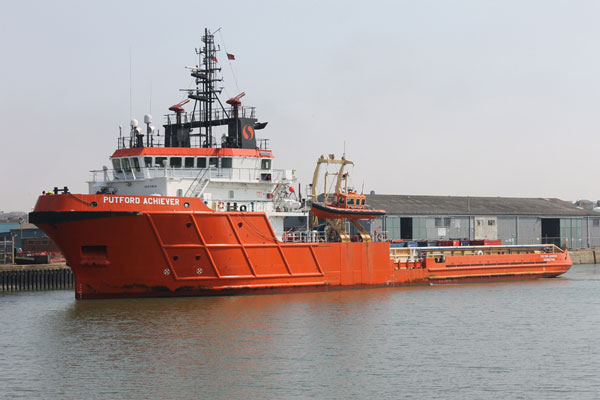 "The Putford Achiever was fitted with Viking22 Governor systems controlling the Port and Stb'd Main Engines Wartsila 6L26A. We were informed though REGULATEURS EUROPA that these Viking22 where to shortly become obsolete and that the replacement for these units was the Viking35.

REGULATORS EUROPA were fully prepared for the installation and the process was carried out in the time frame and without problems. The installation personnel were very professional and competent, they explained what they needed from us and the set up went efficiently and smoothly.

After the initial set up the vessel was able to take a pilot and navigate out of dock and proceed down the river Humber with perfectly good control of the Main Engines. Further fine tuning of the system was carried out by the REGULATEURS EUROPA service engineer at sea and all the settings loaded and saved in the vessels Governors memory. We are delighted that the system has operated correctly since" 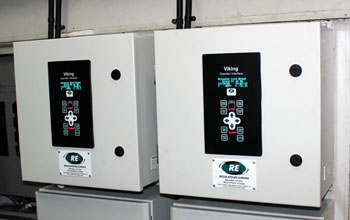